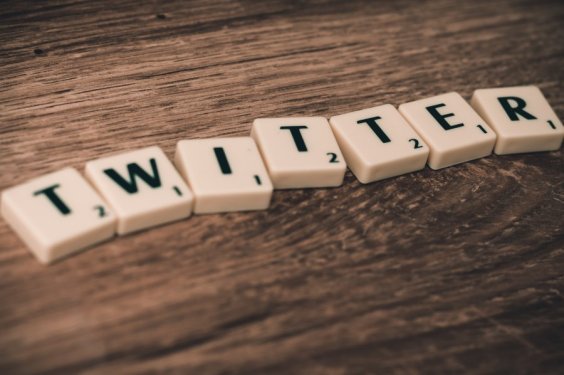 Here’s a few highlights from our top tweets of 2017

“The Korean giant reported an operating profit of KRW 9.22 trillion ($7.92 billion) on total revenue of KRW 53.33 trillion ($44.6 billion) for its Q4 2016 period. Samsung said its component businesses — which are responsible for memory chips and display panels — were the stellar performers with revenue rising 77 percent to $4.25 billion. A strong U.S. dollar was also a positive factor for its business.”

“A Denver apartment complex is the first to get gigabit internet speeds from Google via its wireless Webpass service rather than Fiber. Webpass specializes in multi-unit internet service using point-to-point wireless tech instead of cables. The company already offers its services in Boston, Chicago, Miami, San Diego, Oakland and San Francisco (above), but Denver is the first new city since Google acquired it last year.”

The BlackBerry Mercury is now the KeyOne
March 2017

“If you thought the BlackBerry Mercury had a bit of a codename vibe to it, you weren’t wrong. Today at Mobile World Congress, TCL officially took the wraps of its first true BlackBerry handset, now going by the admittedly less sleek KeyOne (pronounced “key one,”) name.”

“It’s been easy to overlook Greece’s tech scene since the country’s recent economic woes eclipsed most of the other news. The debt crisis sent most businesses reeling, and, despite declared over in 2015, its negative effects still linger today. The rest of Europe still keeps a close eye on the government’s management of the economy and unemployment still is at 23.6 percent in Q4 of 2016.”

Instagram for marketing: Everything you need to know
May 2017

“Unless you’ve been living under a rock, you will have heard about the photo-sharing social media application, Instagram, and chances are you probably have your own account too. If you run a business, personal blog or website and you’re not using Instagram to promote it, you could be missing out on a huge marketing opportunity for your brand. Here’s why: as of 2017, there are over 600 million Instagram users – and 400 million of these are active every single day. ”

Vim is so complicated, over a million people have looked up how to exit it on Stack Overflow
June 2017

“Vim is a brilliant text editor. When you finally wrap your head around its idiosyncrasies and general weirdness, you find yourself way more productive than you were before, and the very idea of going back seems unthinkable.

But it’s different, though. Hugely different. Vim works in a way that’s unlike anything else, and it took me a few weeks of deliberate practice to get anywhere close to productive. Thankfully, I started learning it during a software development internship, where there was no expectation for me to be an A-grade player.”

“A year after subscriber growth slowed due to price hikes, Netflix says it added more US customers in the last quarter than it has since 2011. The company is now up to 103.95 million subscribers worldwide, up 5.2 million from last count. The company also unveiled a new strategy for explaining its spending on content, that’s presumably more appropriate for its abundance of award-nominated shows. ”

“As web hosting and domain registration business GoDaddy prepares to report its quarterly results in a couple of weeks, the company is making some moves to reorganise its business.

Earlier this week it confirmed that it would sell its European PlusServer business to London-based private equity firm BC Partners for $456 million (€397 million). ”

“If you’re after a great laptop to edit photos, then you’ve come to the right place. Assessing which is the best laptop for photo editing can be a confusing task – but we can help. We’ve gone for a broad selection of photo-editing laptops here, offering up a couple of more powerful models with Intel’s beefed-up Iris graphics. If you’re into pro editing you’ll probably need a laptop with dedicated Nvidia or AMD graphics on board.”

“Let’s say you’re Toys ‘R’ Us: you’ve just declared bankruptcy, and you’re looking for something, anything that might convince customers to visit your stores instead of buying all their toys through Amazon. What would you do? If you ask Toys ‘R’ Us, the answer is simple: make a game out of store visits. The retailer has unveiled Play Chaser, a free augmented reality app for Android and iOS that turns stores into virtual playgrounds. Point the app at star icons in the store and your kids can play basketball (including with others) or take home a digital doll. The brand’s mascot, Geoffrey the Giraffe, will even introduce the app and get players started.”

“Apple has AirDrop for quick and easy file sharing between iPhones and other Apple devices. Now Google is bringing a similar feature to Android with a new app called Files Go. The app, which launched in beta on Thursday, can also help clear up space on your smartphone. Here’s what you need to know about Files Go before you get started.”

“If you’re a brand builder who wants to nail your 2018 marketing plan, it is crucial to understand data trends. Change is happening in the data analysis sector at a rapid pace. Business owners who monitor these changes are best prepared to use their improved knowledge to their advantage. To ensure your marketing plan is as successful as possible, track the following five data trends in 2018.”