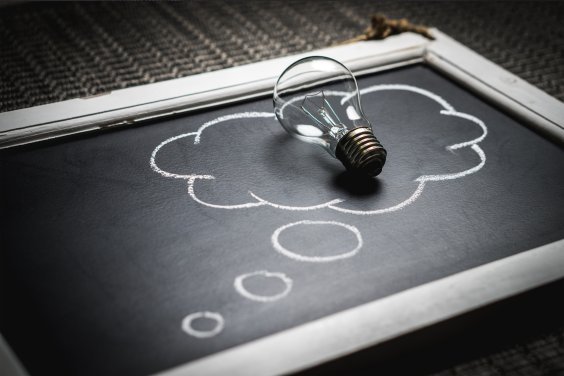 WordPress 2017 Year In Review: The Biggest News From Last Year

“WordPress and Drupal are the only two top-6 content management systems that grew in 2017. And of that pair, WordPress is growing faster. At the start of the year, WordPress powered 27.3% of all websites, according to W3Techs. By the time the ball dropped on December 31st, WordPress had gobbled up even more market share, powering an impressive 29.2% of websites.”

“If you don’t have yours yet, we’ve got a handful of ideas from which to draw inspiration. Some are fun, some promote worthy causes, and some just do an awesome job of helping the company’s bottom line. So, without further ado, here are six excellent examples of social media campaigns from 2017.”

“Global app revenue climbed 35 percent in 2017 to reach nearly $60 billion, according to a new report today from app intelligence firm Sensor Tower, which measured paid apps, subscriptions, and in-app purchases across both Apple’s App Store and Google Play. However, Apple is the one pulling in the most revenue, the report found – at nearly double that of Google Play.”

“Here, we’ve gathered several breakthroughs we had the privilege of reporting on in 2017, that we hope will inspire you to do great things 2018.”

“From apps that manage your subscriptions to ways to keep your phone alive when the battery has seen better days, the tips and tricks you can use to get the most out of the technology you use on a daily basis are all right here, and 2017 was chock full of ‘em. Start 2018 on the right foot with some of Lifehacker’s best tech posts of the year.”

“2017 saw a nice bunch of useful and inventive apps hit the Play store, and a number of our older favorites got some notable updates too. We’ve rounded up 30 of our favorites from our testing through the year – scroll through our list, find your must-haves and be sure to let us know which ones you’re rocking on your own device into the new year.”

“2016 brought us amazing titles and new hardware like the PlayStation 4 Pro, Nintendo Switch and PlayStation VR, but 2017, somehow, was even better. Indie titles like Cuphead proved creativity is alive and well, while titles we expected to be good, like Destiny 2, somehow still managed to exceed expectations. Sprinkle in the most powerful console to date, the Xbox One X, and you’ll see why 2017 defied all expectations.

It was difficult, but we somehow narrowed the list down to these games, which we believe to be the best-of-the-best in 20117. Feel free to argue with us in the comments.”

“2017 was a year like no other for cybersecurity. It was the year we found out the horrid truths at Uber and Equifax, and border security took our passwords. A year of WannaCry and Kaspersky, VPNs and blockchains going mainstream, health care hacking, Russian hackers, WikiLeaks playing for Putin’s team, and hacking back.

In 2017 we learned that cybersecurity is a Lovecraftian game in which you trade sanity for information.”

“2017 hasn’t been the easiest year to live through, but we’ve found joy and comfort in some of the hardware we’ve tested over the last 12 months. Last year, we saw VR surge in prominence, but our picks this year are more conventional — not to mention more diverse. The usual suspects include the iPhone X and Surface Laptop for getting helping us get things done, and the Nintendo Switch and the Sonos One for their ability to let us luxuriate at home and on the road.”

The hottest Stuff of 2017: A retrospective

“Below you’ll find our look back at 2017’s hottest Hot Stuff. Don’t confuse this with our awards, which you can peruse here. Some of those prestigious winners make an appearance, sure, but this is also where we honour the innovative ideas, the weird and wonderful Kickstarters, and the futuristic concepts that won’t materialise for some time.”

“Just when you thought apps had gotten boring and derivative, developers have leveraged new technologies to breathe new life into mobile experiences. From games we couldn’t put down to powerful camera apps to augmented reality finally taking off, those little squares with the rounded corners on our home screens continued to surprise and delight us.”